It's grey, windy, and raining, but there's still a lot going on at festivals in autumn. In November many Polish films from KFF Sales&Promotion catalogue will have the opportunity to find new, international audiences and win the hearts of the jurors. Check out which films will be competing for awards this month. 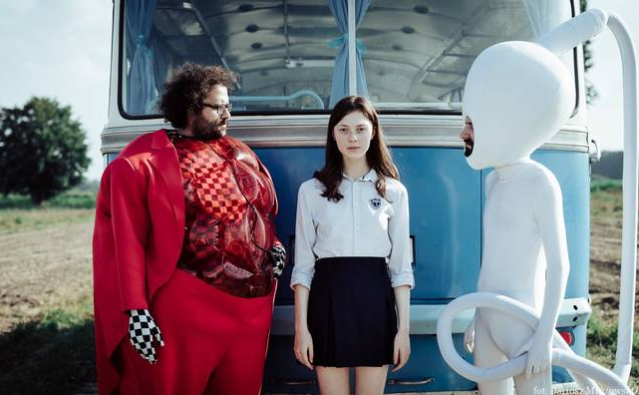 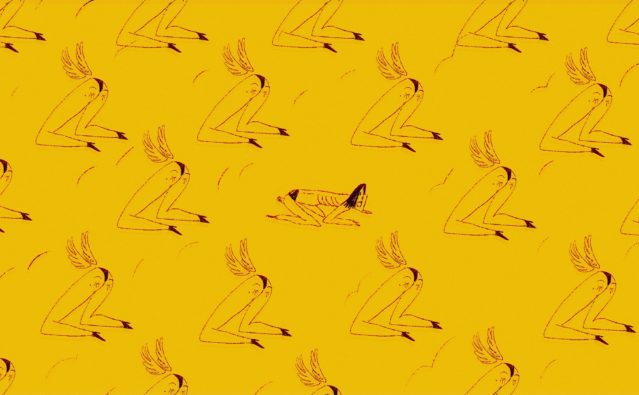 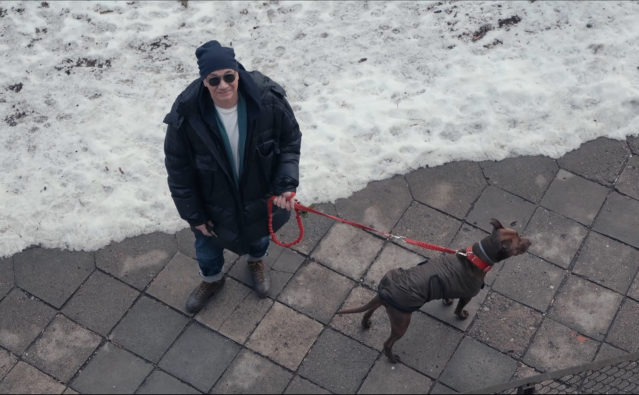 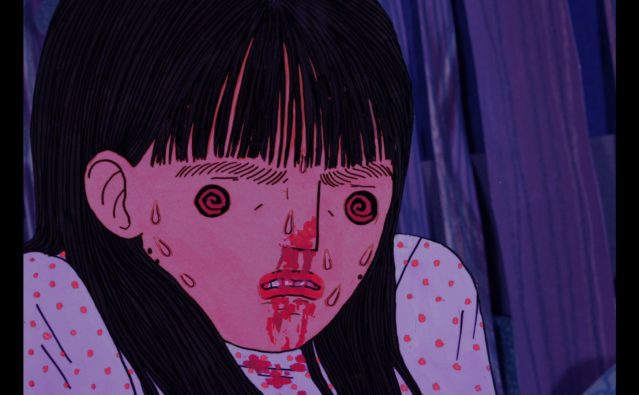 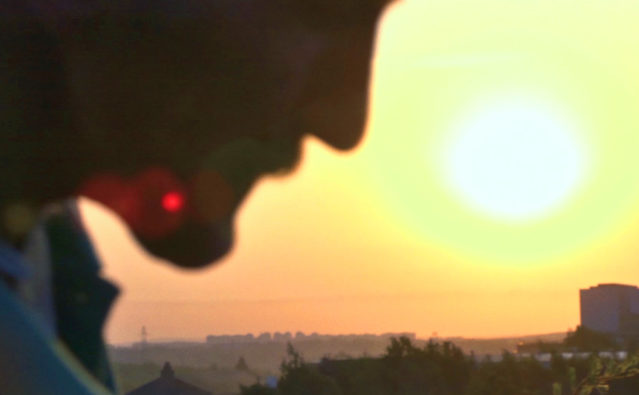 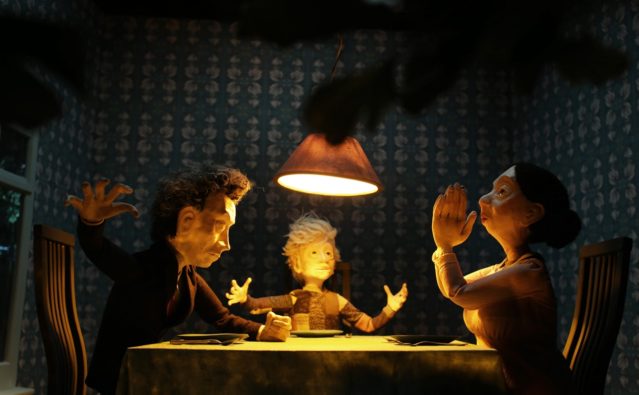 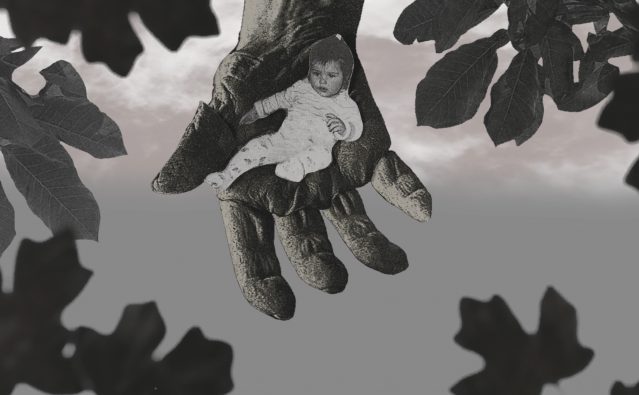 The Festival of Freedom is starting in Slovakia in the first week of November. The programme of the event wouldn’t be complete without screening An Ordinary Country by Tomasz Wolski. In turn at the DOC NYC New York’s Documentary Festival, Martyna Peszko’s Tell Me More will be competing for prizes.

This will be another good month for My Fat Arse and I. The film by Yelyzaveta Pysmak will be screened at the Braunschweig International Film Festival in Germany, which has already started on the first of November. Later it will visit the Poitiers Film Festival and the International Short Film Festival Tous Courts of Aix-en-Provence in France whose program also includes Bartosz Kozera’s The Stone and Damian Kocur’s Beyond is the Day. Afterwards My Fat Arse and I will also visit Spain. During ALCINE 50 – Festival de Cine de Alcalá de Henares, the audience will have a chance to see Alice and the Frog by Olga Bołądź, Last Days of Summer by Klaudia Kęska, We Hope You Won’t Need to Come Back by Anastazja Naumenko, and – again – the latest film by Damian Kocur.

The beginning of the month will see the 44th Denver Film Festival, with Daria Kopiec’s Your Own Bullshit competing for prizes, as well as the British Leeds International Film Festival with competition screenings of Prince in a Pastry Shop by Katarzyna Agopsowicz and Crumbs of Life by Katarzyna Miechowicz.

The capital of Estonia will host the 25th edition of the Tallinn Black Nights Film Festival. Michał Kawecki’s No Hero At All has been invited to the event. The documentary will also be presented at EnergaCAMERIMAGE International Film Festival. There will be no shortage of Polish productions in the competitions of the festival held in Toruń.

You will also be able to see Polish film at IDFA: International Documentary Film Festival Amsterdam. You could watch represented by KFF Sales&Promotion The Balcony Movie by Pawel Łoziński.

The next week of November will be just as intense. The Brest European Short Film Festival will start in France and feature Klaudia Kęska’s Last Days of Summer, the AFI FEST in the US will screen Karolina Kajetanowicz’s Green (more about it here), while in Spain the viewers and jury will see Katarzyna Miechowicz’s Crumbs of Life at the ZINEBI-International Festival of Documentary and Short Film of Bilbao. The latter title will also be presented at Interfilm Berlin in Germany, POFF Shorts International Short Film and Animation Festival in Estonia, and the International Animated Film Festival Animateka in Slovenia. Other Polish productions will also be screened in Estonia. The animated film The Moon by Tomek Popakul and Agnieszka Nowosielska’s live-action Vyraj be competing for awards. In turn the non-competitive sections will include Your Own Bullshit by Daria Kopiec, Dog’s Field by Michalina Musialik, and Impossible Figures and Other Stories I by Marta Pajek.

Crumbs of Life isn’t the only Polish film shown at Slovenia’s Animateka. Quite a large representation of Polish productions has been invited to the festival. Apart from Katarzyna Miechowicz’s film, We Have One Heart by Katarzyna Warzecha, The Flood by Sofya Nabok and The Moon by Tomek Popakul are also going to compete for the local awards. In the remaining sections the audience will see backstage_episodes by Marcin Wojciechowski, Anastazja Naumenko’s We Hope You Won’t Need to Come Back, Home in a Shell by Renata Gąsiorowska, and Papa by Maryia Yakimovich.

We will have an even greater representation at the International Animation Film Festival Tindirindis in Lithuania. Having been postponed several times, the festival will finally be held in the second half of November. The program includes Vitae Azilia by Joanna Wapniewska, Tunnel by Julia Benedyktowicz, The Flood by Sofyia Nabok, Such a Beautiful Town by Marta Koch, Story by Jola Bańkowska, Re-Cycle by Mateusz Lenart, Portrait of Suzanne by Izabela Plucińska, Paradise Mall by Marta Wiktorowicz, Last Supper by Piotr Dumała, The Rain by Piotr Milczarek, Strong Independent Space by Damian Krakowiak, Srebro ryb by Anita Kwiatkowska-Naqvi, Metro by Natalia Krawczuk, The Little Soul by Barbara Rupik, and Acid Rain by Tomek Popakul.

However, before the Lithuanian animation festival takes place, Polish productions will also be present at the Manchester Animation Festival, where Plantarium by Tomasz Ducki and We Have One Heart by Katarzyna Warzecha are both going to have a chance for awards. At the VGIK International Student Festival in Russia, the audience will see Nastazja Gonera’s First Last Summer and Julia Orlik’s I’m Here, while the audience at the Rome Independent Film Festival Awards in Italy are going to enjoy a competition screening of Zuzanna Grajcewicz’s Venus of Willendorf. Two Polish films will be screened at Shorts That Are Not Pants in Canada. Tomasz Wolski with his Problem and Katarzyna Warzecha with We Have One Heart will be trying to win the favour of the Canadian jury. The animated documentary will also be presented to viewers at the dokumentART European Film Festival – films & future 2021 in Germany, the Olympia International Film Festival for Children and Young People in Greece, and FIFE International Education Film Festival in France.

Two Italian festivals will be screening Polish films in the second half of the month. At the Piccolo Festival dell’ Animazione, we will see Portrait of Suzanne by Izabela Plucińska and at the Torino Film Festival – Liberty by Joanna Różniak.

Three of our productions have been invited to compete at the London International Animation Festival. The audience will have a chance to see I’m Here by Julia Orlik, Co-ognition by Przemysław Świda, and We Hope You Won’t Need to Come Back by Anastazja Naumenko.

Although several years have passed since the premiere of The Tough, Marcin Polar’s film keeps getting invited to festivals. This month alone, the documentary has been included in the programme of the Pittsburgh Shorts & Script Competition in the US and Luxembourg’s Openscreen at Ancien Cinéma in Vianden.