The 10th issue of “Focus on Poland” is already available online! Inside, you will find everything you want to know about what has been going on in the world of Polish documentaries, shorts, and animated films in recent months. 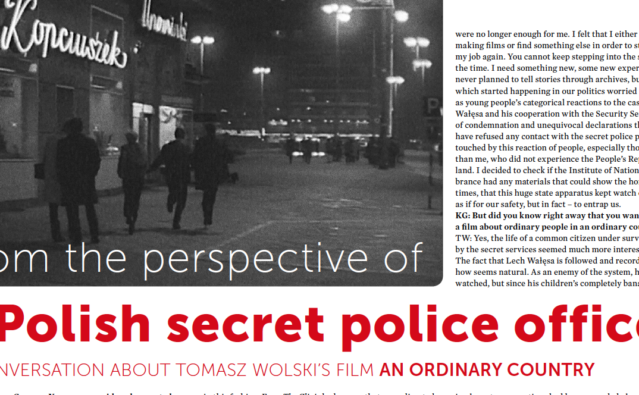 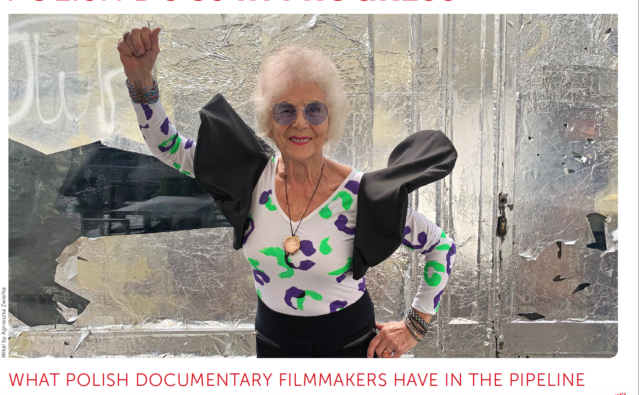 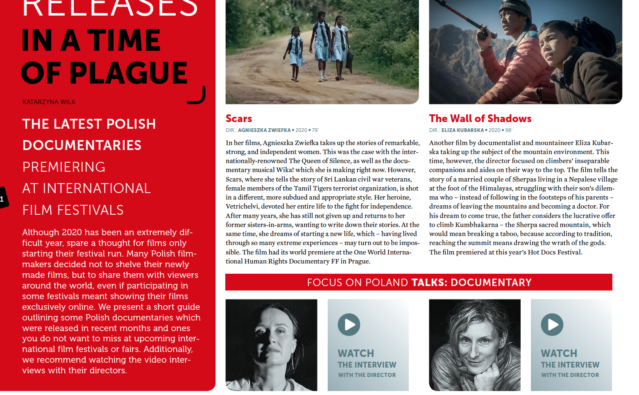 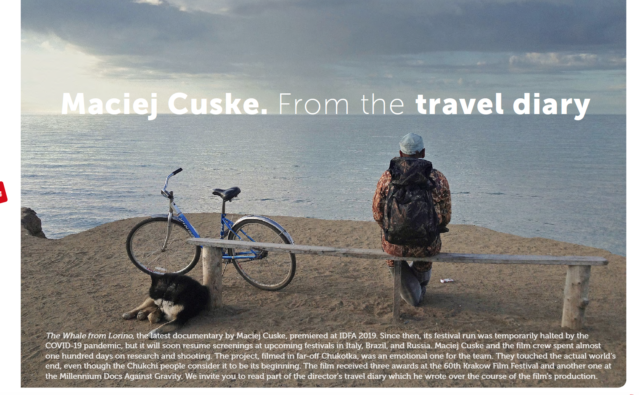 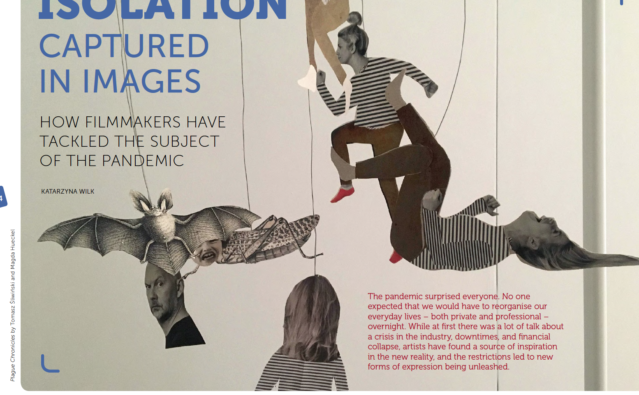 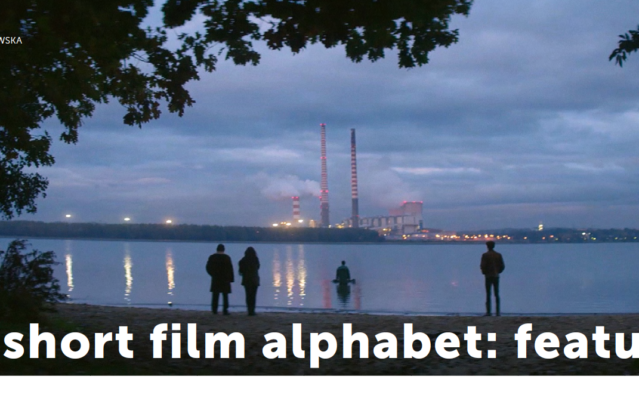 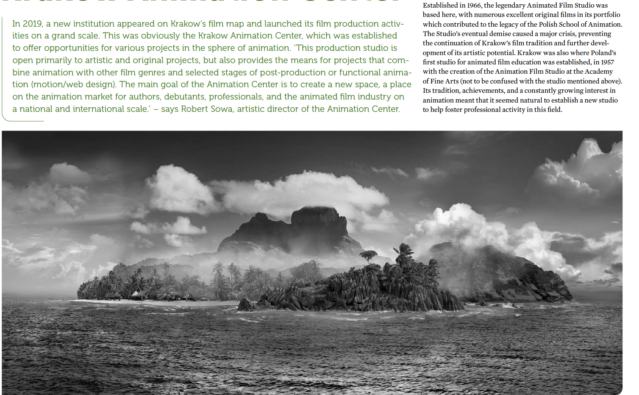 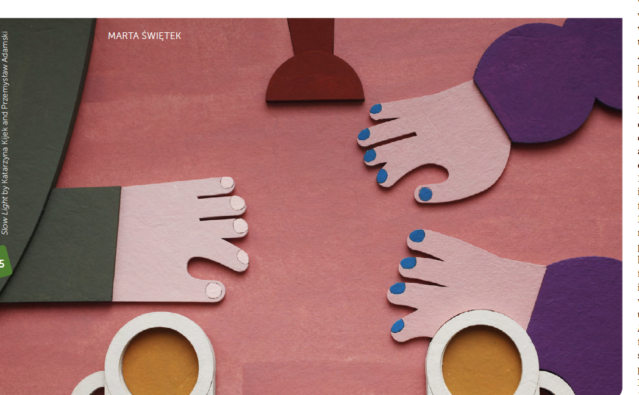 “Focus on Poland” is a magazine published in English by the Krakow Film Foundation as part of the Polish Docs, Polish Shorts, and Polish Animations projects. Its aim is to present the most compelling creators, topics, and trends in Polish documentary films, animations, and shorts. Any other year, the magazine would travel around the world and be available to industry insiders and public at major international film festivals and events. This time, due to the pandemic, it is only available online.

The latest issue features interviews with filmmakers, film reviews, information about on-going projects and recent international premieres, as well as catalogues of films released in 2020.We also encourage you to take a look at our new section – “Focus on Poland Talks”, where you can watch short interviews with directors of animated and documentary films.

“Focus on Poland” is supported by the Polish Film Institute. You can read and download a new issue here: Focus on Poland nr 10_2020

>>> Krzysztof Gierat’s interview with Tomasz Wolski about “An Ordinary Country”, a film he made from archival footage, which had its world premiere at Visions du Réel in Switzerland and – having won several important awards – was included in the prestigious Best of Fests section at this year’s IDFA in Amsterdam.

“The recordings used in the film are mostly leftovers made while watching someone or something else, but for me they were the most interesting ones, because I could utilise them for my story. Besides, this is how I understand the idea of found footage – adding new meanings to materials often made with a different purpose in mind.” (excerpt)

>>> “Travel Diary” – Maciej Cuske’s notes from the production of his latest award-winning film “The Whale from Lorino”.

“Yandagay. Together with a group of Russian archaeologists, we walk through the tundra to a place where a human settlement was located one thousand years ago. We have reached the limit of our physical capabilities. Sixteen kilometres along the sandy shore of the Bering Strait and uneven grassy tundra, with a 12‑kilo camera that allowed us to film in 4K, we were totally exhausted. However, what we saw on site was worth the effort. I don’t know if it will be in the film, but I saw a piece of the primeval world. It’s hard to describe in words.” (excerpt)

>>> “Polish Docs in Progress” – article by Katarzyna Wilk about Polish documentary filmmakers’ current projects as well as those made during this year’s edition of Doc Lab Poland.

“Polish filmmakers also do not shy away from current topics such as exclusion, searching for one’s identity, confrontation, and being a stranger in one’s own country. The motifs of ‘alien’ and ‘own’, ambiguous and complicated in themselves, can befound in Piotr Szczepański’s @miriamfrompoland, which tells about an orthodox Jewish activist living in Łódź. In I Am One of Them Nadim Suleiman deals with the difficult subject of the complicated relationship between the director himself, who came to Poland from Syria, and a young supporter of the Polish nationalist movement, while in Gypsy Gadji by Dasa Raimanova, the half‑Polish and half‑Roma protagonist tries to find her own.” (excerpt)

>>> “Focus on Poland Talks” – Artur Zaborski’s video interviews with directors about their latest documentaries releasing globally this year. His guests include Piotr Stasik (“Altered States of Consciousness”), Agnieszka Zwiefka (“Scars”), Michał Edelman (“The Last Knights of the Right Side”), Eliza Kubarska (“The Wall of Shadows”), Dorota Proba (“Between Us”), and Jarosław Szmidt (“The Butterfly’s Dream”).

>>> Reviews and catalogue of the latest Polish documentary films.

“The Center is open to new and original film ideas, to cooperation with young artists as well as professionals looking for opportunities to create their projects. In addition to original and artistic films, the Animation Center also produces opening credits, ads, and motion designs – and does not limit itself solely to Polish projects.” (excerpt)

“Human nature, emotions, and identity, as well as interpersonal relations constitute the main topics of the projects presented as part of Animated in Poland. Interestingly, in this context, the heroes of two of them were sea creatures.” (excerpt)

>>> “Focus on Poland Talks” – Kaja Klimek’s video interviews with female directors about their latest animated films which have had their world premieres this year and have already won prestigious awards, incl. in Cannes or Leipzig. You can listen to Daria Kopiec (“Your Own Bullshit”), Julia Orlik (“I am Here”), and Yelyzaveta Pysmak (“My Fat Arse and I”).

>>> Reviews and catalogue of the latest Polish animated films

“We see various versions – more or less funny, more or less personal – of recorded images symbolising the emptiness, loneliness, isolation, distance, and longing, which we have all experienced, and which in the eyes of the creators took the form of a thriller, an observational documentary, psychological drama, video‑journal, or a film essay.” (excerpt)

>>>  Dagmara Romanowska’s piece on the difficult and controversial topics tackled by young filmmakers as well as short interviews with Olga Bołądź, director of “Alice and the Frog” and Tadeusz Łysiak, director of “The Dress”.

“Maria committed suicide but remains in her living body for several days and searches for the causes of her own death. Julka dreams of being close to another human being, but her physical difference constitutes a barrier. A stop‑motion tape player falls into a compulsive loop. Will it be able to reject the destructive code passed down from generation to generation?” (excerpt)

>>> Reviews and catalogue of the latest Polish short films.