When an amateur female sports club Volteo takes on the challenge to become a national team at vaulting, its members don’t realize how much sacrifice goes with such a decision. “The Herd” is a story of changes that this decision brings along in lives of the coach, Natalia, as well as the team members, especially the youngest Zosia and the oldest Ola. In the name of one goal, they will have to overcome their own weaknesses and turn their Sunday hobby into an everyday duty.

A kid, a young adult and a fully-fledged woman, connected by an unusual bond and a common dream, decide to fight for the team, struggling with their own shortcomings. Zosia (11) is naturally predisposed to vaulting, she is yet too young to cope with the responsibility that goes with regular and exhaustive workout. For Ola (22), the “mother hen” of the team who enters her womanhood, vaulting means life but the lack of natural abilities forces her to face more and more failures at sport which in turn translates to personal frustrations. Natalia (36), Ola’s sister, once a professional vaulter and now the coach, is learning the hard way what it takes to build a team of her own. Her motivation is strong, however her methodology almost none. Raising two little children doesn’t make it easier for Natalia on her ambitious professional journey.

When the chance of representing Poland at the international championships arises, the team makes a serious commitment of getting to the podium. In order to do so, all protagonists will have to embrace new responsibilities and challenges. Natalia hires an international champion vaulter and trainer, Gero Meyer, to help her design the best possible strategy of bringing the girls to the top, which will inevitably expose the holes in Natalia’s mentorship skills. Ola, realizing that this might be her last season in the team, is giving it her best to the point of a dramatic injury that will put in jeopardy the team’s performance. Zosia, in turn, gains a serious position in the routine. She will no longer be the cherry on top of the performance. She has to learn exhaustive acrobatic choreography without the support of other players, which more often than not will leave her whining (and other team members irritated).

The tension is growing from workout to workout. Entering the professional level means higher demands and stress, and constant indulgence of the weak takes away the strength from the group. Will the girls remain, as they call themselves “a herd” in their pursuit of their dreams? Will they sacrifice individual ambitions to become a professional team? The path to success is all bumpy and full of drama, where bitter aftertaste of failures holds much longer than sweet smell of victories. However, the real takeaway for the girls is in the lessons of friendship, responsibility and staying true to themselves, all which happen in between workouts, when the girls come of age and learn to become self-aware, fully realized women. 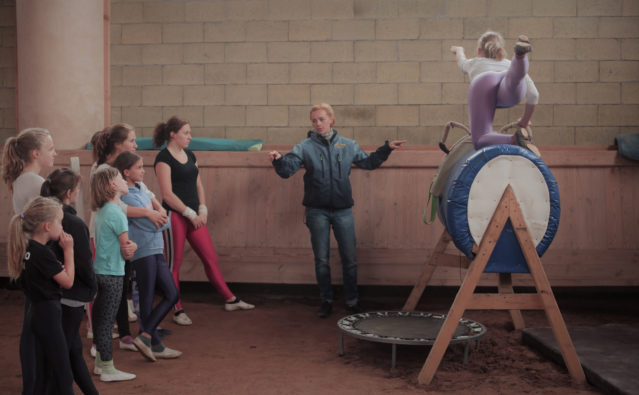 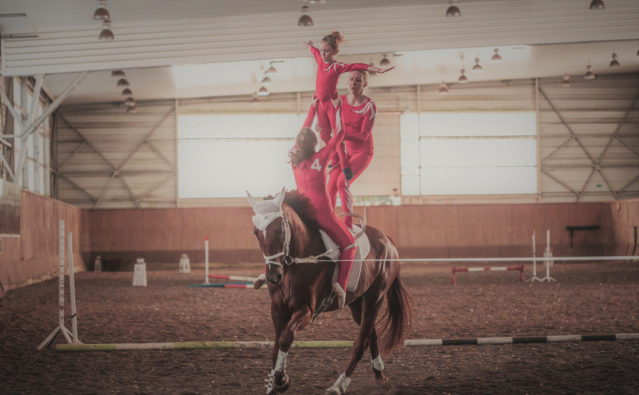 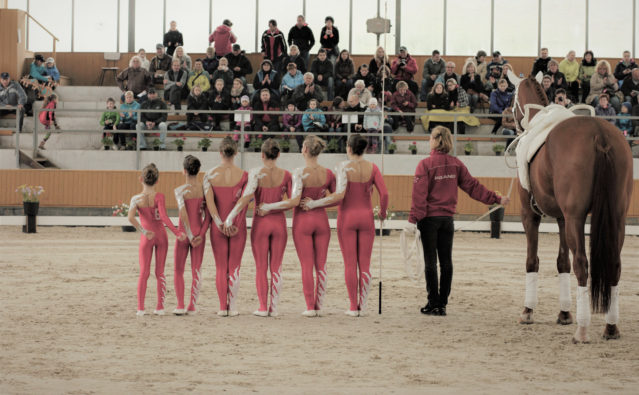 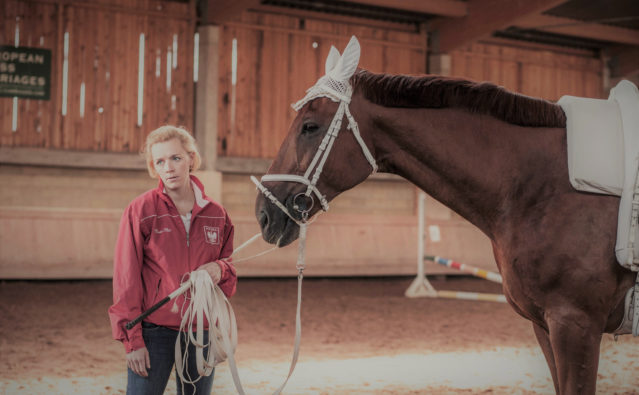 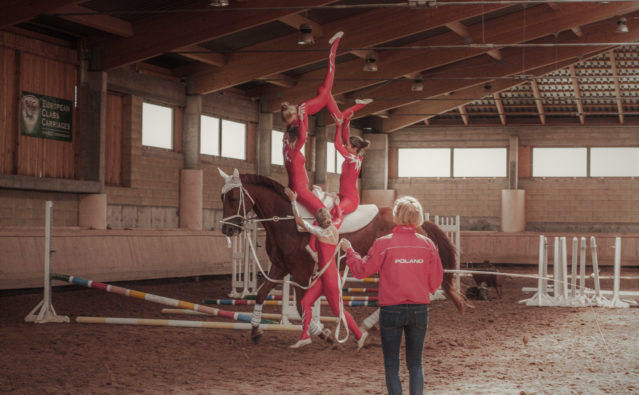 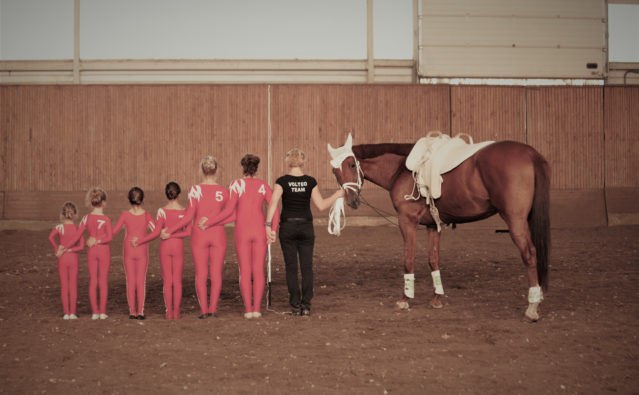 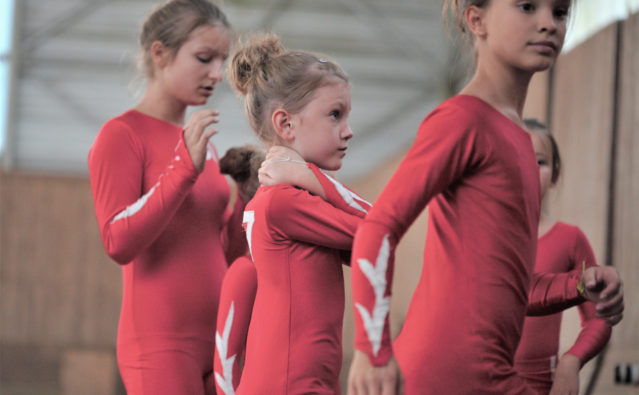 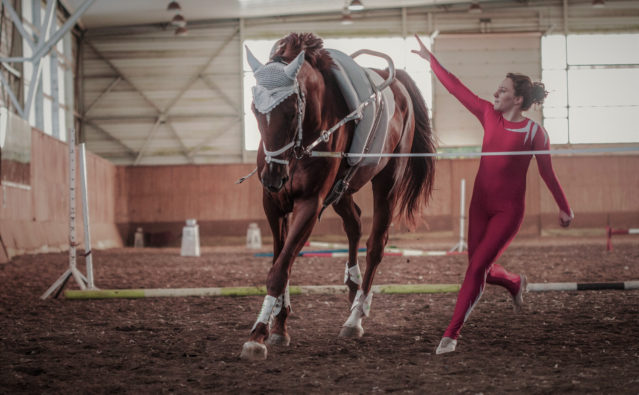 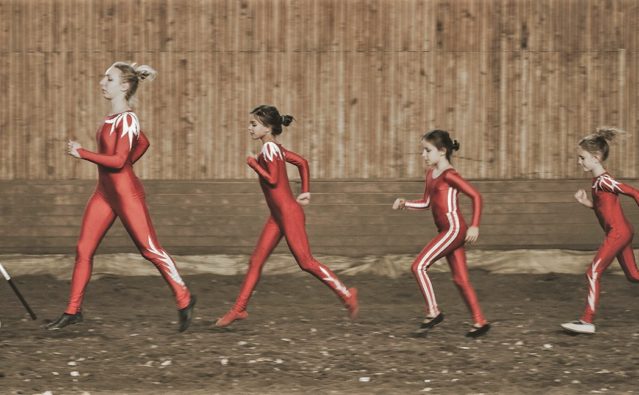 Photographer and screenwriter. She studied zoology at the Warsaw University of Life Sciences, then completed the film directing programme at the Audiovisual Arts School. She studied photography at the Łódź Film School and finished a scriptwriting course at the Kraków Scriptwriting School. Her graduation project “Troma Trip America” was shown at numerous galleries, including the prestigious FOAM in Amsterdam. She is working on a TV-series script and developing her debut feature film screenplay.

Cinematographer, director; she graduated in sociology from the University in Wrocław, in photography from the European Academy of Photography (EAF) in Warsaw, and in DoP studies from Łódź Film School. Her works have been presented at many festivals, including Cannes and the Berlinale. She formed the Kurkot Kollektiv with Karolina Poryzała. Their debut “Volte” was an award-winner at Hot Docs 2017 in Toronto, nominated for a Silver Eye Award in Jihlava, and presented at Sundance and IDFA. Their feature-length documentary “The Herd” received support from the PFI and HBO.